I think it's sweet that Bradley has my blog set as his home page. Whenever or wherever he gets on the internet the first thing he sees is my girly, flowery, sweet-filled blog. I am more embarrassed by it than he is...especially when we are in class filled with smart seminary people who don't like girly, silliness. I don't know that they would have a problem with flowers or sweets, but I can imagine that they would rather read Calvin's Institutes than a post on cupcakes and the light it brings into my life. And you know what, that's okay. Even though I do believe that a cupcake can truly light up anybody's life. 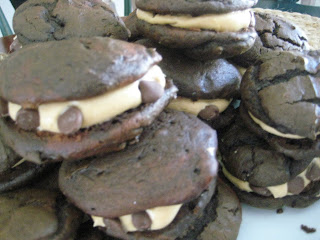 According to Amish tradition (and wikipedia, a completely reliable source), Amish women would bake their men (husbands, brothers, sons) these treats and pack them in their lunch box. When lunch time came and the farmers opened their lunch they would shout, "whoopie!" Hence comes the name, Whoopie Pie. 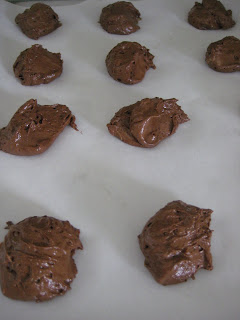 My desire for you is to make your own dessert and exclaim, "whoopie!" Because such an outburst of joy over chocolate and peanut butter is indeed warranted. 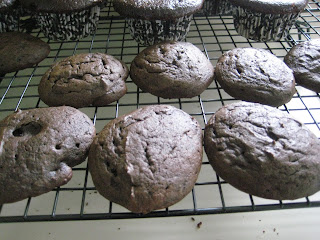 Speaking of Amish...at one point in my life my family owned an Amish buggy...another story for another time...
Whoopie! 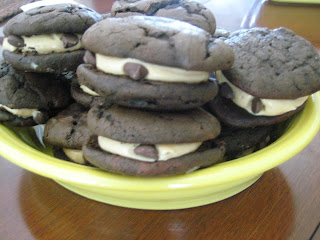